Kris Nelson - A Horrid Moment At The Tea Party 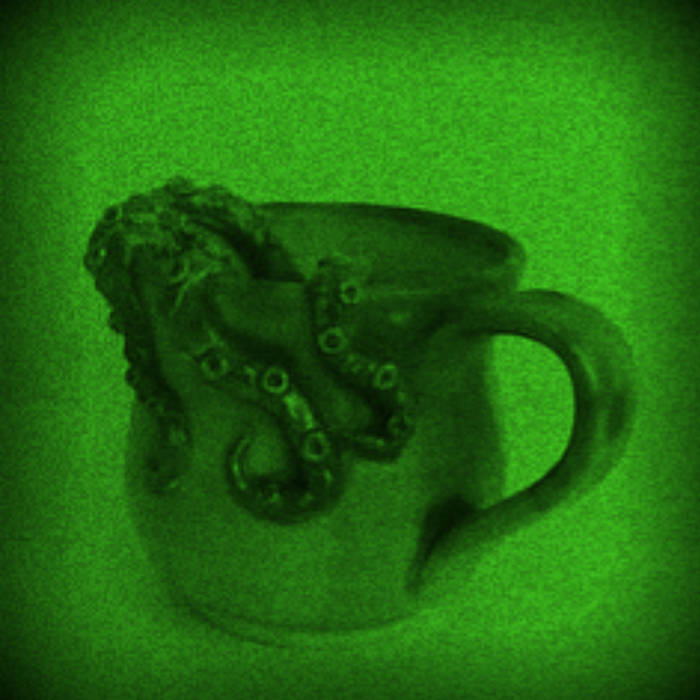 The Tea party was in full swing. Everyone had come. There was Madeline the toy doll, one eye missing and looking pale. Cat stretched a long tail and pawed contentedly at the Dust-Bunny, who was trying hard to keep it together. Benny the Bat snoozed from his upside down position, hanging from the chandelier, and Pig-thing tried hard not to snuffle around the cakes. The slick trail of slime that led indoors from the outside ended at the Helical Snail, who was last in as usual.

Suddenly, Hermit-Hare popped a monocle onto an eye and stared intensely at his Tea Cup.

"I say everyone - it appears that something monstrous is making it's way out of my Tea cup!"

The party gathered around to stare at the cup. Sure enough, suckered tentacles were making their way slowly out of the cup, dripping slime onto the table-cloth.

"Stab the heavens, yessir!" he murmured before beginning to softly snore.

"Wait!" said Madeline, looking at the growing mass emerging from the cup, casting a green glow across the room. "I think this is a friend."

Sure enough, it was. It was one of Cthulu's spawn, who's name shall not be uttered. He had been afraid he'd miss the party, and had taken a cross-dimensional shortcut out of Hermit-Hare's Tea cup. Once his huge bulk had fully egressed from the vessel previously holding tea, all was well again. The party swung on through the night...